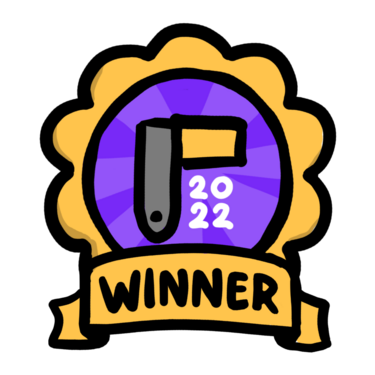 Castle Helios is an exploration and puzzle adventure game with a bit of combat. Set as a prequel to The Wizard's Apprentice, you play as  Emperor Solus before he became Emperor. Recently having lost his powers while fighting the current ruler of Castle Helios, the evil King Etanakh, Solus must find the 6 Magic Keys that will allow him to escape the Castle alive.

Use magic spells to help you traverse the Castle's rooms, kill or evade monsters, defeat bosses, and solve puzzles. But first, you must find the magic items that grant you these abilities.

Magic Feather: Levitate and walk through the air! Reach high places or simply fly above monsters.

Fireball: Launch a ball of fire that can burn things! That means killing enemies too!

Ice Block: Create a block of ice as a stepping stone to get to higher places and other ingenious uses.

Tornado: Create a whirlwind that can carry enemies away and power wind-related mechanisms.

Fight several monsters guarding the Castle, and they may drop crystals--a special currency in Castle Helios that can be used to purchase optional upgrades. There are also a few hidden rooms throughout the Castle whose secrets may help you succeed. (These rooms will not appear on the map until you have found them.)

There are two ways you can play Castle Helios.

In order to download this game you must purchase it at or above the minimum price of $6.99 USD. You will get access to the following files:

I keep getting softlocked when pulling on the crank and putting it back in quickly. This happens after the 1st save point, in a room following lave(?) pits and a level at the start.

Thanks for reporting. I will take a look at this.

So far I've been unable to replicate this on my Playdate. If you could, can you provide any more information, such as what exactly you mean by softlocked, that I can do to reproduce this?

A fun little romp although I kept running into a bug where I basically would end up flying unable to reach the ground. Has caused me to loose quite a bit of progress multiple times at this point. Along with a few hard crashes. I will probably comeback and try to finish it eventually because it is fun when it is working.

Thanks! If you can let me know more specific details on where this bug or the crash is happening, I could look into trying to fix it.

I'm getting this "stuck floating" bug a ton too - got it five times in a row right after getting the ice block and have to force restart the game. When trying to replicate (on Playdate hardware) I've been able to get it to happen in the room below the first statue with the rat (though I've seen it in other rooms) but I'm still not sure what causes it - I think something to do with switching items while levitating, or switching items too fast, or something. Maybe I play weird.

Basically the character animation stops working, and you're able to sort of jerkily move all around the screen (even with up and down on the d-pad), snapping back to above the levitation cloud if you don't move in a staircase pattern. Weird bug, probably something with pulp. Got one hard crash too but that seemed to happen out of nowhere when I was just moving to the right, so no idea on that one.

Edit: and right after posting this, hit a bug where after using the save teleport and saving after getting the third key, the game crashes every time I leave the room so I have to start over now. Bummer, great game apart from the bugs.

If you happen to still have the save that is bugged, if you can send it to me I can take a look at what’s causing that crash. And then hopefully fix it and/or send you back a fixed save.

Here ya go! No worries on sending back an edited json - the game is fun so I don't mind replaying. Thanks! :) https://www.dropbox.com/s/rk5lvrjyaxozvxd/store.json?dl=0

Thanks for the save file. That was very helpful. I was able to reproduce both bugs and fix them on my Playdate device. I have pushed out an update today that should fix the crashing with your existing save, as well as hopefully resolving the grid-movement bug that sometimes happens. Let me know if you run into any more problems, or if the problems aren't resolved on your Playdate.

I kind of felt it was short, but it kept me occupied from start to finish. A few strange game-breaking glitches popped up that I'd attribute to the whole thing being done in Pulp but nothing catastrophic. That being said, I really hope something bigger is done in this style and it inspires people with little to no programming capabilities (like me) to think bigger when messing around in Pulp.

Thanks for playing! Yeah, this project was specifically to push Pulp's limits and see what one can do with it. Some of those remaining bugs/glitches you may have discovered are unfortunately Pulp-related and very difficult to smash. But other than that, I think Pulp is pretty awesome. I agree with you and hope that more people with no coding experience make some cool games for Playdate specifically because of Pulp.

I'm loving this game, but am stuck on the robot boss.  I can't damage it - even with fireballs to the face.  How do I beat him?  Thanks in advance, love the game!

Wait till he lifts his arm and shoots at you, then you can hit him in the chest with a fireball 2 to 3 times before he drops his arm down again. Rinse, repeat until you win. Good luck!

Amazing ... thank you.  Annoyed with myself that I didn't work that out!  But really looking forward to Central Tower!

I've had the Playdate for only a couple of weeks, so I've been searching for new games.  Castle Helios has been my favorite game so far.  It reminds me of a mash up between Metroid and Zelda II (but far funner and not as frustrating as those games).  Definitely had a good balance of finding new abilities and using them to solve the puzzles.  I'm being cautious about what I pay for new and untested Playdate games, but this game was well worth the $7.

I’m just coming back to say how much I am enjoying this game. It’s a perfect PlayDate experience. I love the puzzles and the different  abilities which work really well. It’s just the sort of game that I purchased the PlayDate for - it reminds me of the classic BBC Micro game called Citadel. If I was to quibble, I would say the music is its weakest component - the tunes are a bit sparce and repetitive. One other frustration is the long walk from the save screen to the boss battle in the west tower, which I am currently struggling to beat. Every time you die, you have to work your way back through the same four rooms just to do battle again. It gets a bit frustrating. Two small criticism on an otherwise excellent game.

UPDATE: I finally beat the boss and finished the game at 99%. No idea how to get the final 1% which is going to bug me!

This is just my sort of game - a classic adventure platformer! Very cool!

However.... how can I be stuck on the first puzzle? The “crank flaming pot to heat cog to open door” puzzle has me completely stumped! The door won’t stay open! Can anyone help me out?

This puzzle is a trick! 😈 The torches are not actually how you heat up the pot. Instead, you need to use magic that should be able to learn nearby.

wow, I’m not sure how I was being so dim not figuring that out

Really enjoying this game but stuck at 85%. I'm unable to figure out a way to the third key (the part with the statue hint?). Any other tips? Not sure if there is another way to message on itch.io.

There are two types of statues: the man with the moving arm and the beast that goes up/down.

Here's a hint: You don't need to use both man statues, nor move all beast statues.

If you need a more detailed solution, just reply here and I'll give you a more thorough explanation.  But I thought you might want just a little nudge at first.

Ended up completing the game with 100% :) The game was great and I enjoyed all of the different animations and abilities. Seems like it was a lot of work to create!
I enjoyed The Wizard's Apprentice, too. I've also booted up before Conquest of Helios but haven't finished a complete playthrough.

Thank you for the hint! I went back and realized I hadn't tried just walking into the statues to interact....I had explored the entire map again, tried exploring the rooms above the statue that was pointing up, tried every ability in different ways around the first statue and in the second statue room, etc.. Oops!

Glad you enjoyed it. And glad you were able to accomplish 100%. I was a little concerned if it would be an issue or not, but you have proved it is very doable. :D

Hold onto your save game data. I'm considering some future updates where those with 100% completion could have some additional content to work through. Nothing solid just yet, as just released the game yesterday.

are you still planning some bonus content? I really enjoyed the game. I just wished it was a bit longer. :)

I was but I ran out of ideas for the bonus content. LOL :D

This puzzle was such a stumper but so good! Definitely satisfying to figure this one out haha! At 89% completion and trying to find the third key. Couple bugs to report but will update once i’m at 100% completion! Been really enjoying the whole feel of this game, great mix of challenging and charming!

environmental puzzles are clever and varied / the acquisition of cry$tals & "special powers" is well timed / perfect amount of "go back to get to something you didn't have access to earlier" / the art is clean and clear to understand what you are looking at (which is no small feat on that TINY SCREEN) ... AND it made me smile. Great job!